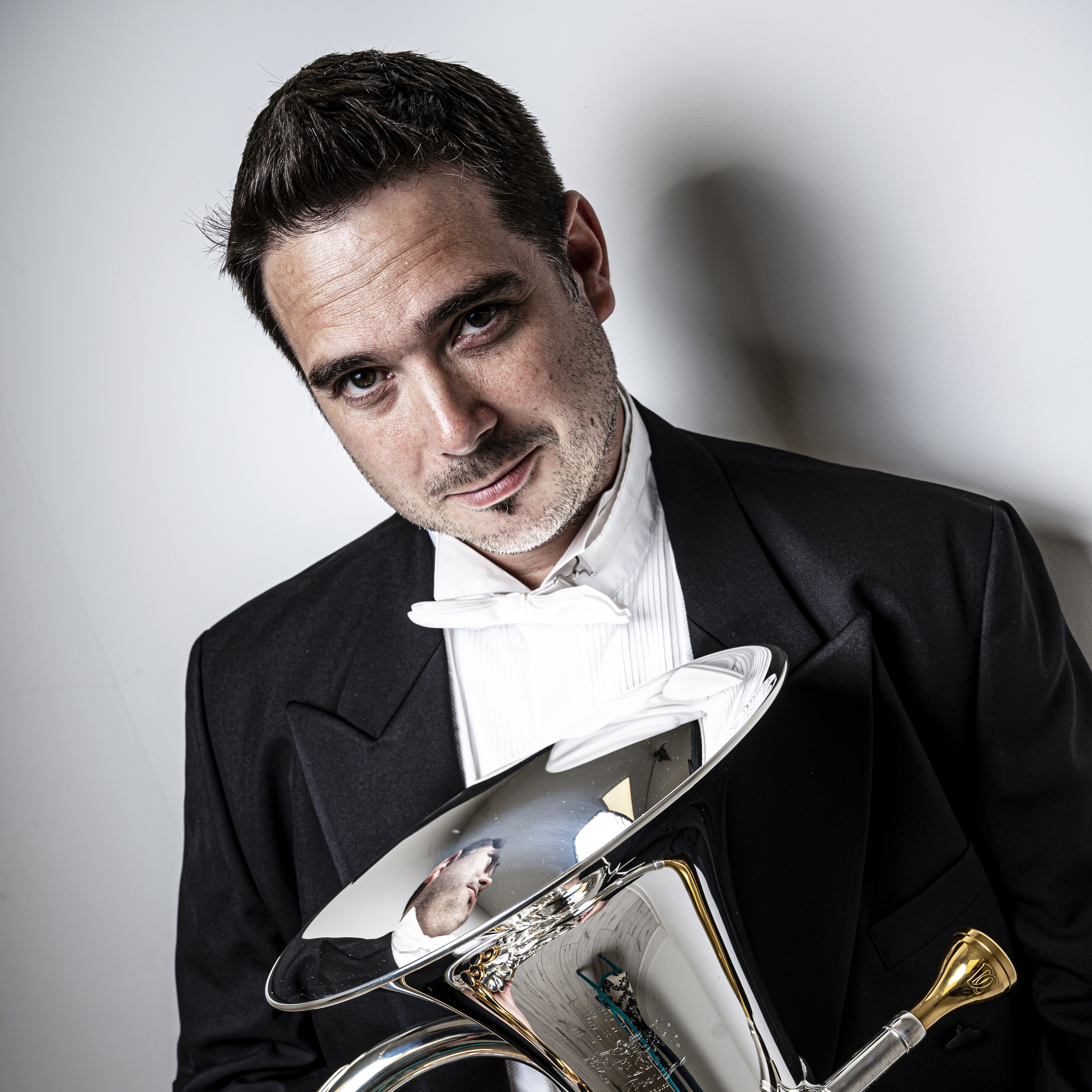 The grandson and son of well-respected euphonium players from the Welsh Valleys, and himself described by The Observer as ‘a great ambassador for the euphonium, possessing an astonishing technique and an engaging stage presence’, David Childs is regarded as one of the finest brass musicians of his generation, touring extensively throughout Asia, continental Europe, and North America, and recording actively for radio, television, and CD.

In 2018 David Childs was appointed Professor of Euphonium at the University of North Texas and continues to enjoy an association with the Royal Welsh College of Music and Drama as an Honorary Associate and International Visiting Tutor. He is a founding member of Eminence Brass, Artistic Director of Cardiff Symphonic Winds, Principal Conductor of Dallas Brass Band and Editor of the Brass Band World Magazine. As a Buffet Crampon Besson Artist he continues to showcase the euphonium as a serious solo vehicle within the world of classical music, leading the way for euphonium players worldwide. For further infromation: www.davechilds.com