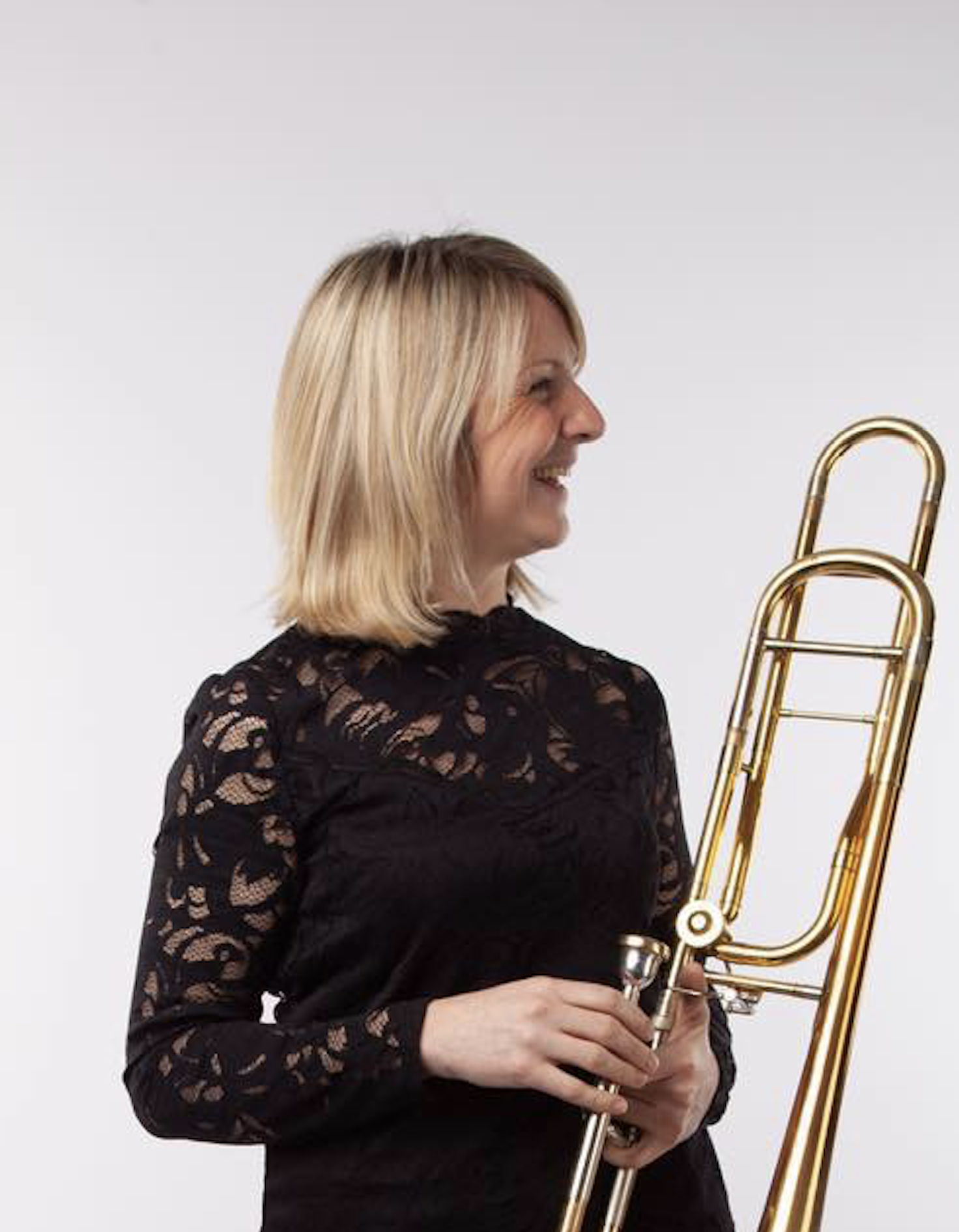 Born in Cambridge in 1979, Becky studied the trombone with Christopher Mowat, and euphonium with John Clark at the Junior Guildhall School of Music and Drama from the age of 12 to 18. During this time she was also a member of the National Youth Brass Band of Great Britain.

In 1998 Becky gained a scholarship for a place at the Royal Northern College of Music in Manchester, and whilst studying there won the 2002 Royal Over-Seas League Music Competition Brass Prize, the Leggett Award, Terence Nagle Award and the Harry Mortimer Award. Becky is a founder member of Bones Apart.

She enjoys a busy freelance career performing with many of the UK's orchestras including the London Symphony Orchestra, Royal Scottish National Orchestra, Philharmonia, City of London Sinfonia, Academy of St Martin in the Fields, Orchestra of the Royal Opera House Covent Garden and all the BBC Orchestras.
She was guest soloist at the Guildhall Summer School and has also performed the Brahms Horn Trio with Alison Balsom and Tom Poster at the Cambridge Corn Exchange. In that same concert she conducted the world premiere of Distraction by Jay Richardson featuring Alison performing alongside brass players from all over Cambridgeshire.

Becky has given masterclasses, coached the National Youth Orchestra of Scotland and adjudicated the final of the BBC Radio 2 Young Brass Award and the Help Musicians Awards. She also mentors students from the Royal College of Music on the Evolve Scheme with the English National Opera.