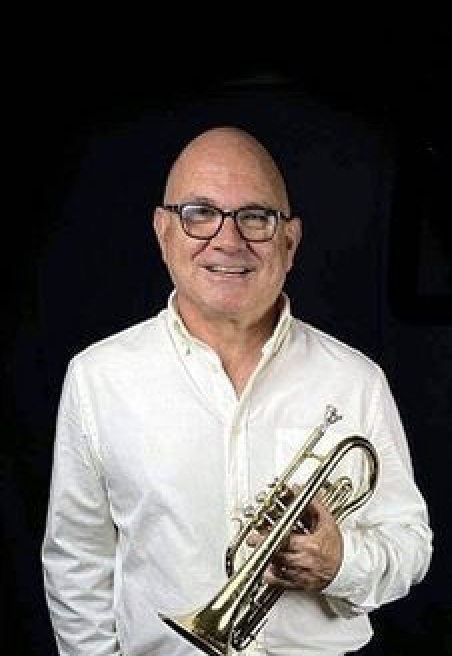 Chris Bradley has earned a reputation as one of the finest cornetists of his generation. He is a Besson artist, principal cornet with the famous Whitburn Band and recently released his debut solo album 'Silver Lining'.

Chris Bradley started his playing career at Saint Andrew’s High School, Clydebank with James Hillis and continued at the RSAMD with Nigel Boddice, gaining a Batchelor Of Arts in Music. He then completed a Post Graduate Diploma at the National Centre for Orchestral Studies in London, where his tutors included John Wallace, John Wilbraham and Malcolm Smith. During his studies Chris was a winner of the much coveted Governors Recital Prize for Brass. He was also a soloist with the National Youth Orchestra of Scotland, performing Arutunian’s Trumpet Concerto in the Summer Of 1984.

Chris’s first brass band experience was on 3rd Cornet with Clydebank Burgh Band in 1981, under the baton of Nigel Boddice. He moved gradually through the section, eventually settling on the Flugelhorn chair, where he remained until 1984.

During the 80s and 90s Chris was a regular performer with all of Scotland’s top professional Orchestras, most notably the Scottish National Orchestra, the BBC Scottish Symphony Orchestra, The Scottish Chamber Orchestra, Scottish Opera and Scottish Ballet. He also worked as a freelance musician in many concerts and shows throughout the country, most notably a UK Tour of Me And My Girl, starring Gary Wilmot in 1995. Chris was also a member of the Caledonia Brass Quintet, originally made up of members of the National Youth Orchestra of Scotland.

Throughout his career Chris has always had Brass Bands at heart. He has been associated with the Whitburn Band for 35 years, and has held the position of Principal Cornet since 2004. He has won the Terris medal 6 times at the Scottish Championships, as well as many other solo prizes, including best flugelhorn at the 2013 Brass in Concert contest in Gateshead, and on several occasions, the Philip McCann Trophy for best cornet at the Land O’ Burns entertainment Contest in Troon, Scotland.

In 2016 Chris became Principal Cornet of Tubular Brass, a newly formed ensemble which embarked on a UK tour of Tubular Bells by Mike Oldfield, arranged by Sandy Smith. The band also performed a programme of Progressive Rock.

Chris has also enjoyed much success as a brass and concert band Conductor working with many bands in Scotland, including resident conductor at Whitburn. He has been Musical Director with the Dunaskin Doon Band, Johnston Silver Band, Unison Kinneil Band, Barrhead Band, Croy Parish Silver Band and Renfrew Burgh Band. Chris currently conducts the Kirkintilloch Kelvin band, and is also a member of the Scottish Concert Band Festival adjudication team. He works as a Brass Instructor for South Lanarkshire Council.

In March 2018 Chris released his first solo CD, entitled Fusion, which was nominated for the 4barsrest CD of the year. He recently won the Best Soloist award in the inaugural Cory Band Virtual Brass Band Contest, playing Ben Hollins’ First Light.
During lockdown Chris, along with his son Ryan has created a catalogue of multi screen, multi instrument recordings. BBSS is delighted to to welcome Chris to its stellar team of tutors for the 2022 course.