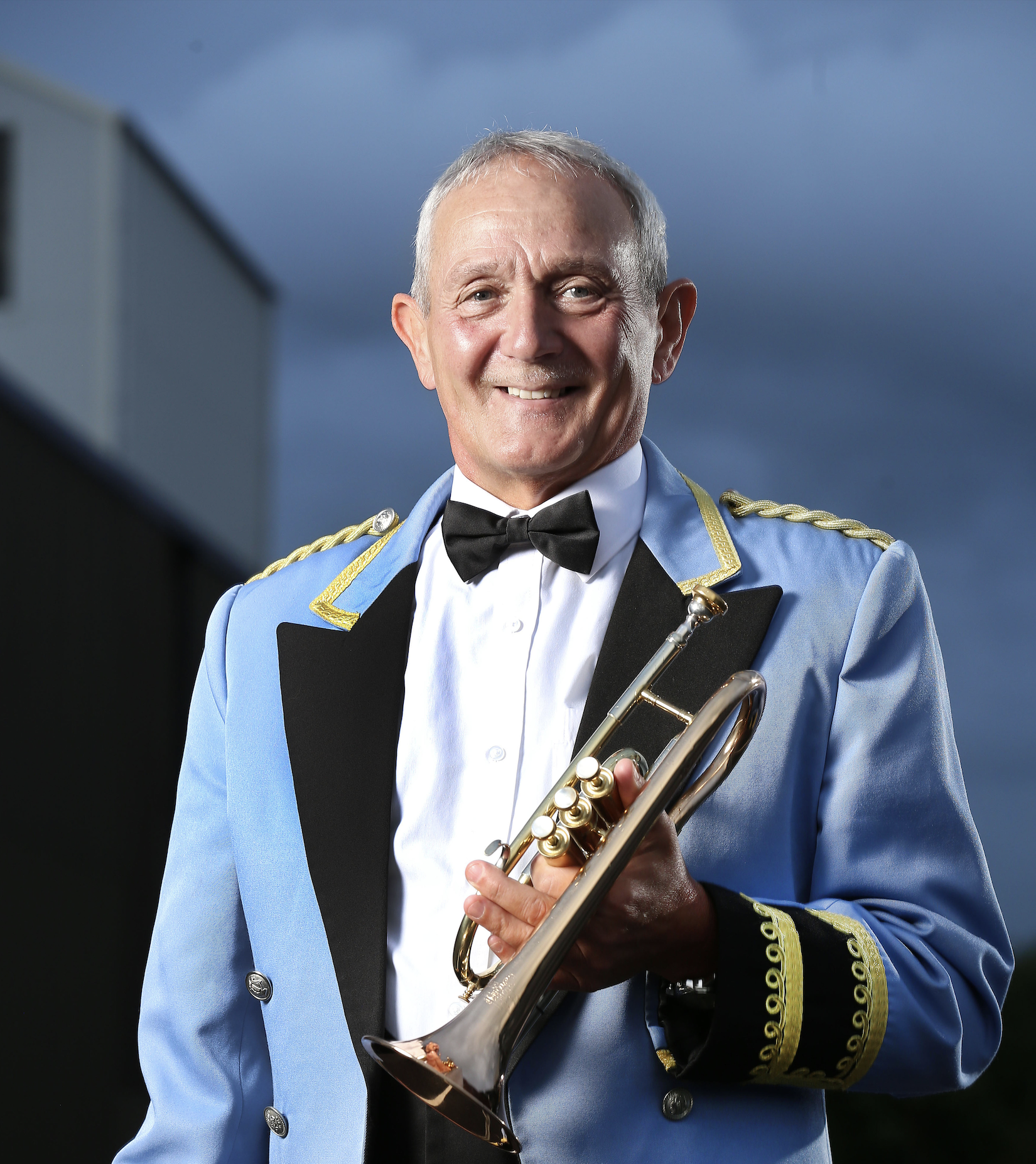 Twenty five years is a milestone in anyone's life but to have spent twenty five years in one band is a tremendous achievement by anyone's standards. When you couple this with the fact that Brian has spent twenty of those years as principal cornet, this gives you some idea of the immeasurable talent of the man. He joined Faireys at the age of fifteen as an apprentice toolmaker - but more importantly as 3rd Cornet player as well! After climbing up the back row, to Repiano Cornet and finally making the Front bench, he was thrust into the hot seat on Principal Cornet for Sir Arthur Bliss's "Belmont Variations" for the Area Contest under Walter Hargreaves.

His informative years (Cornet playing wise) were spent with his Dad (Charlie) and brothers, Rob and John, in Tyldesley Prize Band and in his local Salvation Army Band. Brian is respected, admired and envied by every band in the country and still as keen and passionate about banding as he was as a fifteen year old, wide eyed youngster when he first joined Faireys.

He is currently a peripatetic brass teacher in the Burnley/Bury area and a cornet tutor at the University of Salford.

Brian's playing career has spanned some very great changes in all facets of band playing. He's played all the very different test pieces of the last twenty years, through Eric Ball, Vinter, Sparke and Philip Wilby and equipped himself admirably in every performance.

Brian won the Bandsman of the Year (2005) in the annual vote by the members of the Fairey Band. The Brass Band Summer School is delighted to have Brian Taylor on its tutorial staff.