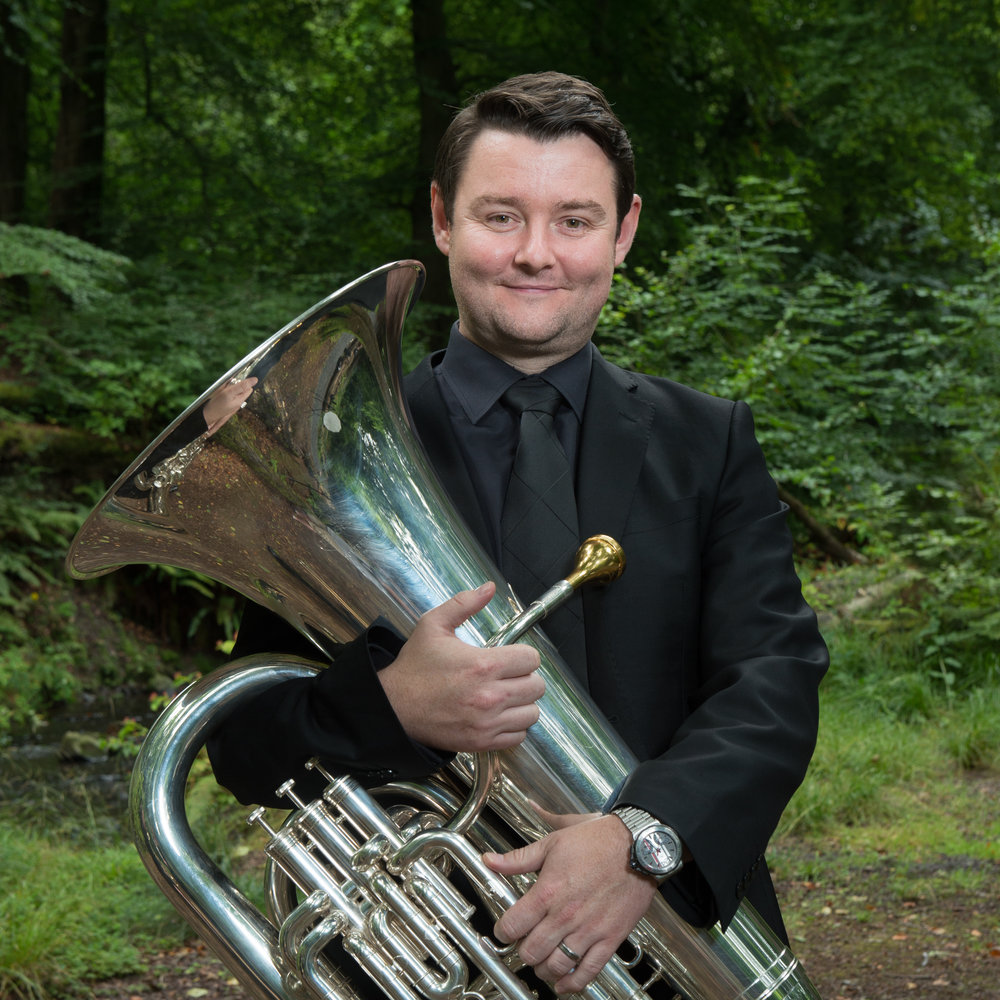 Les Neish has created a career as a soloist, chamber musician and educator with a world-wide reputation, and has been described by Bramwell Tovey, Principal Conductor of the BBC Concert Orchestra and Brass Band Summer School President, as: "The player who most reminds me of John Fletcher”

Known for his musicianship, artistry and high level of communication, Les dazzles audiences with fabulous technique and the real essence of music making - fun! As the first tuba player to be awarded the Worshipful Company of Dyers Award at the Royal Overseas League Competition and performing the first solo tuba recital at the Bridgewater Hall, Manchester, Les has always pushed the boundaries leading him to a performance at Millennium Park, Chicago and recording with pop star “Sting”.

In 2018 Les partnered with the Black Dyke Brass Band as Soloist in association following on from Gareth Small and Peter Moore of the Hallé and London Symphony Orchestra respectively.

His solo album “Salt of the Earth” received Brass Band World, British Bandsman and www.4barsrest.com Solo CD of the Year Awards, with the follow up CD “Shine” awarded the prestigious Roger Bobo Award in Recording Excellence from the International Tuba Euphonium Association. Away from solo performance, Les is part of the tuba section of the world famous, American based, Brass Band of Battle Creek and as a chamber musician is a member of the Fine Arts Brass Ensemble, a group with a 30 year history having performed in over 60 countries.

Alongside his international travel Les is tuba tutor at the Royal Northern College of Music, RNCM Junior School, Salford University and Birmingham Conservatoire. He has also given masterclasses at the Trinity College and Royal Academy of Music, London.

He has served as tutor on the National Youth Brass Band of Great Britain, Scotland, Wales and Switzerland. With a real passion for education Les has performed workshops and classes throughout the UK, Europe, USA, South America and Australia and is delighted to tutor the tuba section of the Brass Band Summer School.