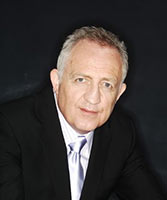 BRAMWELL TOVEY is the GRAMMY® and JUNO award-winning Music Director of the Vancouver Symphony Orchestra. As a guest conductor he works internationally with some of the world’s most prestigious orchestras. During 2012/13 his guest appearances include the New York Philharmonic, the Los Angeles Philharmonic, the Cleveland and Philadelphia Orchestras, the Boston Symphony, the Sydney Symphony, the Melbourne Symphony and the Toronto and Montreal Symphonies.

Bramwell is also an award winning composer. His Requiem for a Charred Skull won the 2003 JUNO award for Best Classical Composition. His opera The Inventor, written with playwright John Murrell, was commissioned by Calgary Opera and recorded by the original cast with the Vancouver Symphony and UBC Opera for CD release in 2013. His trumpet concertoSongs of the Paradise Saloon was commissioned by the Toronto Symphony for principal trumpet, Andrew McCandless and premiered in December 2010. The US premiere took place at the Sun Valley Festival in August 2011. Alison Balsom will play the concerto under the composer's direction at the Los Angeles Philharmonic in November 2013.

In 2008, with violinist James Ehnes, Bramwell and the VSO won a GRAMMY® and a JUNO award for their recording of Barber, Korngold and Walton concertos. In the fall of 2009 the VSO toured to Korea and China, including two concerts at the Beijing International Festival. In the Spring of 2010 the VSO performed in Toronto, Montreal, Quebec and Ottawa. In 2011 the VSO and Naxos records announced the launch of the Naxos Canadian Classics label with a disc of music by VSO Composer Laureate, Fugitive Voices - the Music of Jeffrey Ryan which has been nominated for a JUNO award. In January 2013 Bramwell and the VSO toured the western United States.

In Vancouver Bramwell has led complete symphonic cycles of Beethoven, Brahms and Mahler, many Canadian premieres of international works, including Thomas Ades Asyla and John Adams Dr Atomic Symphony, and works from across the choral, classical and Canadian repertoire.

Reviewing the VSO’s performance of Mahler’s 8th Symphony Symphony of a Thousand at the Vancouver Cultural Olympiad, with the Vancouver Bach Choir, the Toronto Mendelssohn Choir and a stellar cast of soloists, David Duke wrote in the Vancouver Sun:

“...it would be misleading not to acknowledge the true stars of the show. Bramwell Tovey and his orchestra are now about three-quarters of the way through the complete Mahler canon. Their familiarity with Mahler’s mercurial idiom pays off, and pays off handsomely. There is a consistency and a sense of pacing that is both reliable and reliably impressive. Individual instrumental soloists — virtually all the first desk players at some point — deliver with poetry; complicated colour mixes, often with wildly disparate instruments, are nicely balanced, clear and precise.

“Tovey has the necessary showmanship to make the protracted composition work, even for an audience who may not necessarily know it well. Broad brush strokes help define the symphony’s obvious drama, but the real wonder is in the detail.”

Bramwell has worked with many leading international choirs including the Los Angeles Master Chorale, the Tanglewood Festival Chorus, the Toronto Mendelssohn Choir, the Huddersfield Choral Society, the Amadeus Choir of Toronto, the Melbourne Symphony Chorus, the Pacific Chorale and the Canadian Mennonite Festival Choir in a wide range of repertoire from Bach and Britten to Part and Penderecki. More info available from http://www.bramwelltovey.com