Roger Webster to star with the BBSS 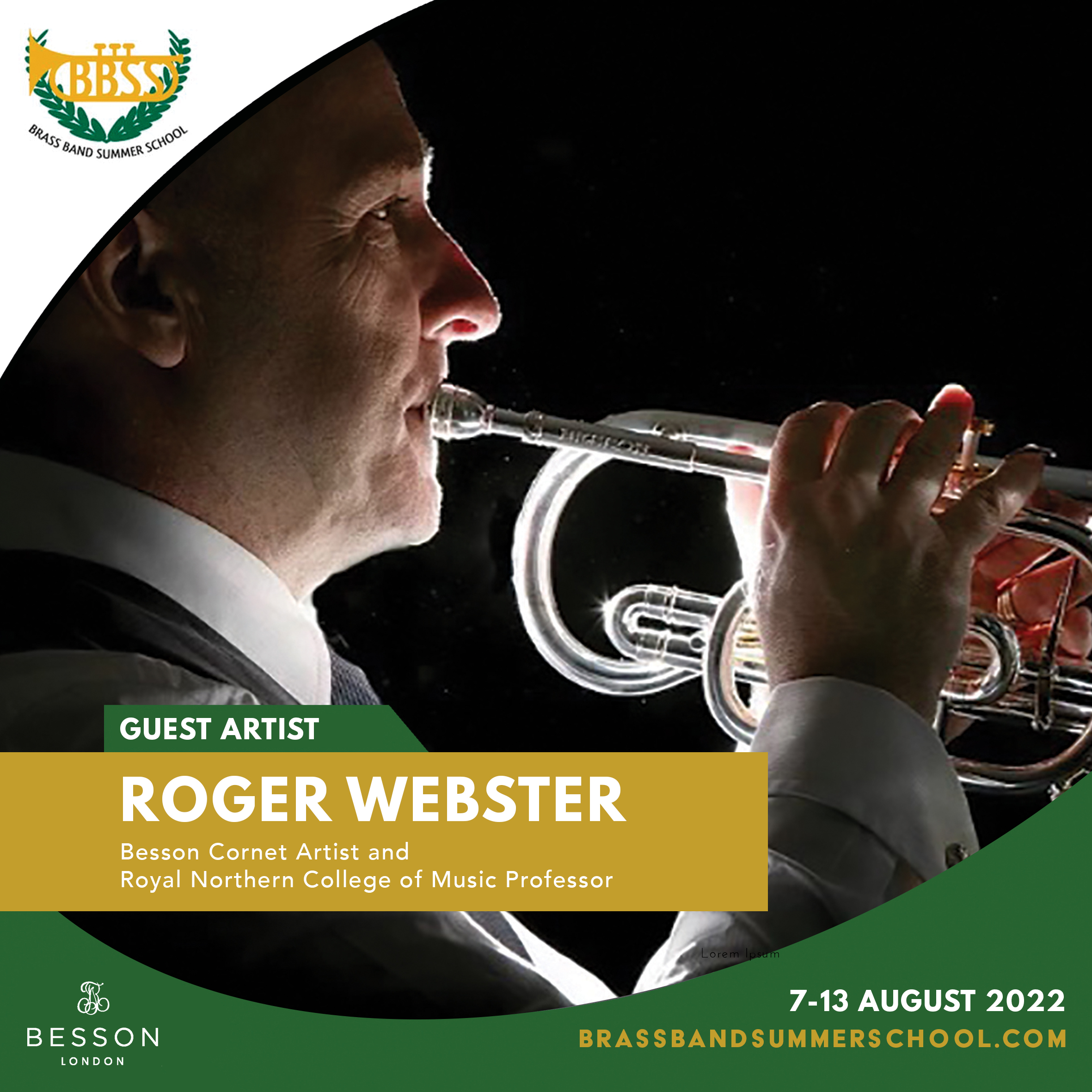 For the first time in its history the BBSS will be venturing off the grounds of Harrogate Ladies’ College to present its end of course Finale Gala Concert in Harrogate’s beautiful Grade 1 listed Parish of St Wilfrid. Adding some extra sparkle to the event will be guest soloist and cornet star, Roger Webster.

Fellow Besson Artist and BBSS euphonium tutor, David Childs, revealed: “We’re delighted that Roger will be joining us and extremely grateful to Besson for making his appearance possible. Not only will his phenomenal playing wow all those present at the concert, BBSS delegates will also have the benefit of his wisdom earlier in the day when he delivers a masterclass for the entire band. Roger is an inspirational artist and, with so many young players on this year’s course, I have no doubt that he’ll make a lasting impression.”

Programme details, including Roger’s solos for the Finale Gala Concert, will be released in due course. In the meantime, mark the date in your diary:

Places are still available for this this year’s BBSS, so to be part of the course and accompany Roger in this special concert, click the link below or contact Bookings Administrator, Liz Lancaster: admin@brassbandsummerschool.com / +44 (0) 7789 841041