The Brass Band Summer School (BBSS) has announced exciting plans to adopt an innovative online format for this year’s event. 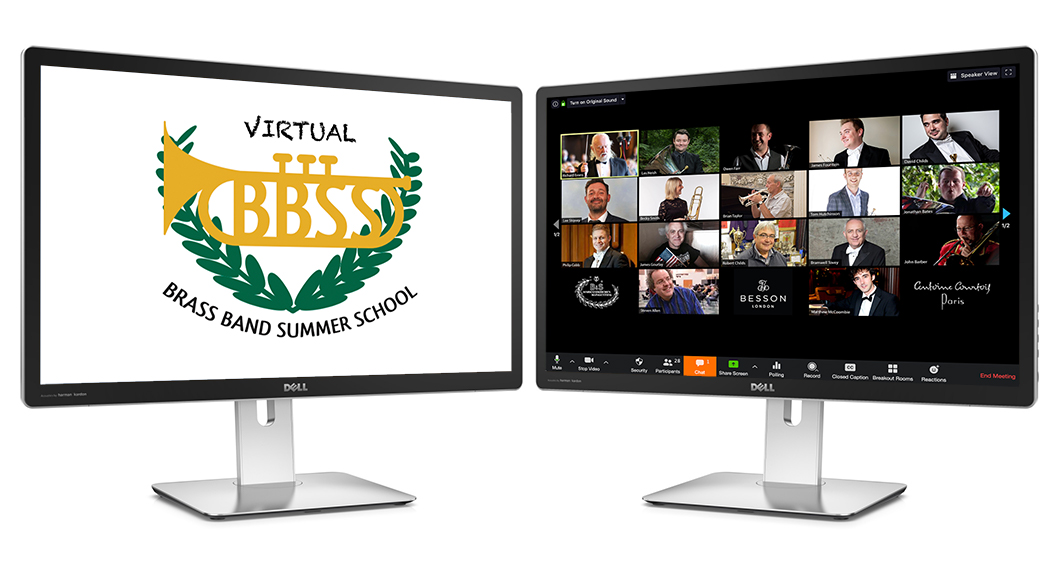 Whilst performing together in a conventional brass band setting is not a realistic prospect right now, the BBSS has invested time in developing an online virtual alternative to provide a meaningful experience for its delegates. Via an intuitive and intelligent interface, the popular summer school will utilise its entire tutorial staff, together with a number of special guests to deliver a user-friendly interactive online experience with brass band performance at its heart.

Euphonium tutor and Co-Director, David Childs, revealed: “This will not be a Brass Band Summer School as we know it. For obvious reasons, the element of mixing with friends on a social and musical level will be diminished significantly, but with an impressive roster of artists, combined with exciting innovations and engaging delivery methods, we aim to counter this through a fun and unique learning experience for all.”

In addition, a new feature of the course includes daily webinar lectures and live Q&A spotlight sessions with star personalities such as John Barber, Robert Childs, Philip Cobb, James Gourlay, Tom Hutchinson and BBSS President, Bramwell Tovey. Delegates will have the oportunity to receive individual face-to-face online lessons with their tutors, who will also be performing recitals and delivering master classes throughout the week.

The launch of a new solo competition with a prize fund of £500, exclusive to delegates, will provide content for a delegates’ solo showcase ‘watch party’ concert, and an emphasis on education will see Professor Stephen Allen provide a brass band history class, whilst Jonathan Bates will deliver a lecture on composition and arranging.

Every delegate will feature in the BBSS Grand Finale Concert, in which the world première of a new work by Jonathan Bates, commissioned by the BBSS in memory of Philip Biggs, will be performed. This concert will be video-streamed via social media and, like all the course’s recorded content, will be available to delegates until 1 September to allow for self-paced learning and enjoyment.

The BBSS, partnered by Besson, Prima Vista Musikk and Mango Design, will take place from 10 - 14 August. Follow the link for detailed Timetable and FAQs